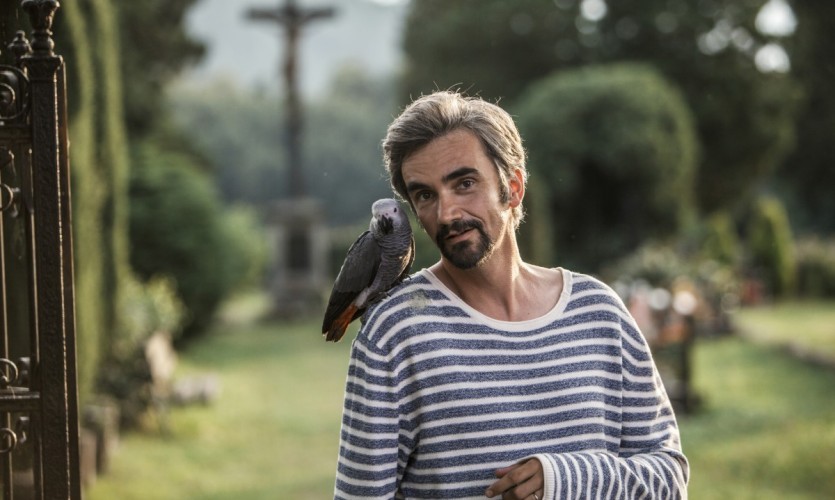 Renowned Czech writer-director Petr Zelenka’s latest film is variously a bizarre political black comedy, a clever slice of speculative historical revisionism, and its own ingenious and hilarious making-of-itself within itself!

An elderly parrot, said to have been Édouard Daladier’s, is stolen by Pavel (Martin Myšička), a Prague journalist down on his luck. With Pavel’s help, the parrot starts giving scandalous press conferences in Daladier’s voice, picking at scabs never fully healed after the French Prime Minister was a party to the despised 1938 Munich Agreement, which ceded Czechoslovakia’s border regions to Hitler’s Germany. Hilarity ensues, and not just for history buffs – not least when someone in the cast develops an allergy to feathers…