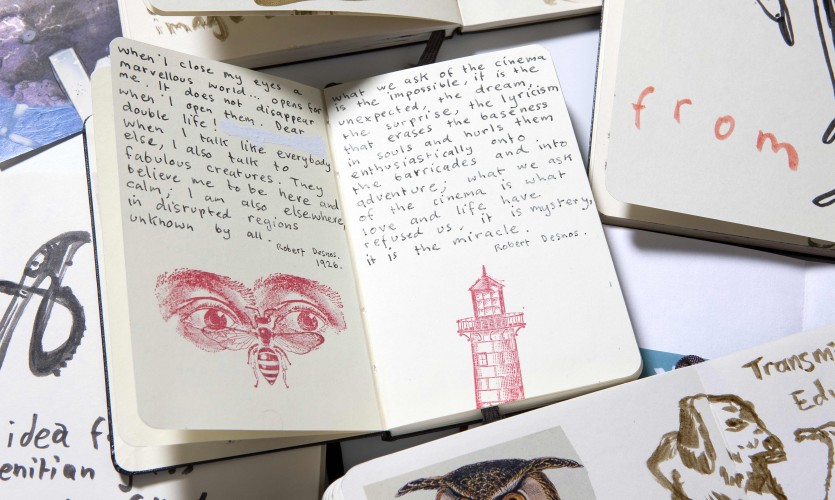 ACMI Mediatheque, ACMI Building, Fracture Gallery, 14 - 23 Sep
CaSFFA presents BETWIXT and FIRST IMPRESSIONS - two exhibitions, on display throughout ACMI and Federation Square’s Fracture Gallery, informed by the 2016 festival theme of “Text and Texture”. Classic film posters and work by local artists sit side by side across multiple sites in an exploration of the evocative terrain between books, film and visual art.

Complementing the graphic language of the film posters, this exhibition delves into the imaginative zone between film and books to explore how carefully chosen text and visual imagery work together to communicate concepts, stories and atmospheres. Featuring the unfolding storyboards of hand-crafted concertina artists’ books, together with sketch books, comic books and installations, the works each employ tropes of film and literature – text, titles, typography, montage, narrative and framing – to sit in playful dialogue with the poetic visual games of the film posters.

The Australian Mediatheque is the hub for exploring the indeterminate middle ground between books and film in this year’s festival. As well as feasting your eyes on the posters and artists’ books on display, CaSFFA invites you to stay awhile to peruse an assortment of books relating to our film program and exhibitions including comics and illustrated novels provided by the Melbourne and Prague UNESCO City of Literature offices.