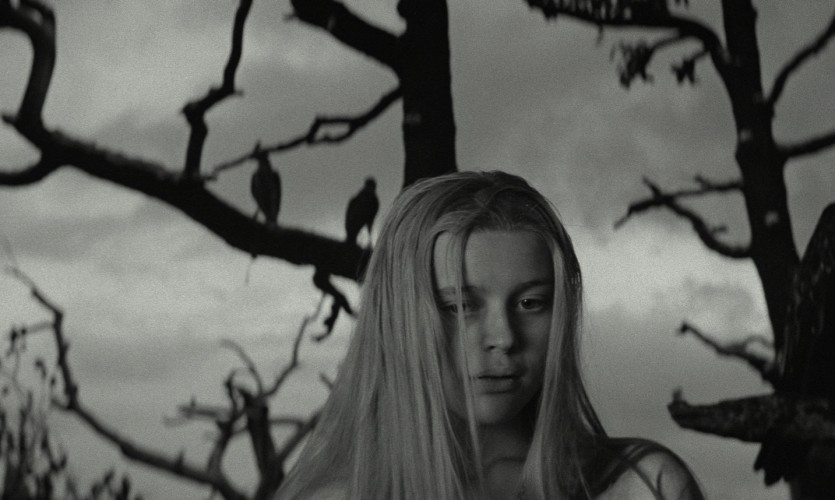 It feels strange to call Theodor Pištěk a costume designer, when in an interview for The Washington Post, back in 1985, he claimed, “I want not to do costume design – it takes time away from the paintings”. This was following the success of Miloš Forman’s period drama Amadeus (1984), which won Pištěk an Academy Award for Best Costume Design. However, in the footage from the ceremony, Pištěk appears victorious, making particular remarks about it being the first American film that he worked on, which nonetheless achieved so much success – Amadeus won eight Academy Awards including Best Director that year.

For Pištěk, it is autonomy that draws his heart closer to painting than to costume design for a project which is led by another. In the same article, he states “A painter is a free man in his creating. He expresses what he wants – it is his idea and his responsibility. Costume design is a job. In a film, even the greatest personality has to adapt to the theme – he cannot just do what he wants.” It becomes apparent that painting was the form of artistic expression that came more naturally to Pištěk, rather than costume design. However, he is not the only painter-cum-costumier to exist. American costume designer Colleen Atwood studied painting before becoming a multiple Academy Award winner for her designs in Chicago (2002), Memoirs of a Geisha (2005) and Alice in Wonderland (2010). It was out of sheer luck that she received the role of production assistant on Forman’s Ragtime (1981), after which she transitioned into the realm of costume design for theatre and film.

Ironically, not long after the success of Amadeus, and after his woebegone media statements, Pištěk continued to work with Forman, creating impeccable Rococo-style costumes for the wicked romance drama Valmont (1989), filmed in France, and putting together a 1970s-merging-into-’80s wardrobe for the racy biopic The People vs. Larry Flynt (1996). The creations in these films are a far cry from Pištěk’s costume design beginnings, which saw him working with a fellow Czech, František Vláčil, director of what is often proclaimed the best Czech film ever made – Marketa Lazarová (1967).

In fact, Pištěk started collaborating with Vláčil early in the filmmaker’s career, designing the costumes for the visually lyrical drama The White Dove (Holubice, 1960) followed by the exquisitely rational The Devil’s Trap (Dáblova past, 1962) and of course, the 13th century duo Marketa Lazarová and Valley of the Bees (Údolí včel, 1967), temporarily ending the creative union with the post-war drama Adelheid (1969). 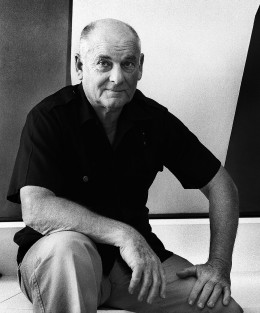 During the 1970s Pištěk moved on to work with other notable Czech and Slovak directors such as Václav Vorlíček, Oldřich Lipský, Karel Kachyna, Jiří Menzel and Juraj Herz, before returning as costume designer for Vláčil’s later features Shadows of a Hot Summer (Stíny horkého léta, 1978) and Snake Poison (Hadí jed, 1982). Nevertheless, the mystical medieval epic Marketa Lazarová would be the film that Vláčil is remembered for – a tale of doomed love caught in the midst of a feud between two neighbouring clans. But this is no Romeo and Juliet love story; rather, it is a visceral account of High Middle Ages Bohemia.

Like Pištěk, Vláčil was primarily a visual artist, having studied art history and aesthetics in the picturesque city of Brno, located south east of Prague. He partook in puppetry and documentary-related projects before organically transitioning to avant-garde filmmaking. It would not be surprising if the shared commonality of their foundations was the main factor that continued to reunite the pair.

Even after 50 years, Pištěk’s costumes flourish in Marketa Lazarová, where the characters are clad in complete medieval attire – hessian tunics, hip belts, metal hauberks, fur vests and patterned capes. Pištěk takes care to feature the differences between the nobles, clergy, peasants and servants in an era that was governed by the constant battle between Christianity and Paganism. While texture dominates over colour under Bedřich Baťka’s flawless black-and-white photography, the costumes remain a modest yet accurate of the 13th century milieu. Although only 19 at the time of film production, Slovak actress Magdaléna Vášáryová delivers a brilliantly pure portrayal of the tragic damsel Marketa that is reminiscent of the innocent Karin in Ingmar Bergman’s The Virgin Spring (Jungfrukällan, 1960).

Although Pištěk would have preferred a higher command in his role as costume designer, it is absolutely necessary for there to be a compatible collaboration between the director, cinematographer, gaffer, lighting technicians and costume designer in order to benefit the visual aesthetics and to evoke a harmony between the colour palette and texture compositions. Famed British costume designer Sandy Powell mentioned in a recent discussion at the Australia Centre for the Moving Image that lighting changes everything in the initial wardrobe plans – the colour of a garment will always transform after it is filmed. The material must also be considered; Powell researches her films avidly prior to production, reading scripts and keeping in contact with the director. I wondered if Pištěk employed the same methods as Powell or, if moments such as the one in Jiří Menzel’s Cutting it Short (Postřižiny, 1980) where the main character, again played by Vášáryová, climbs to the top of a tower, her white ruffle undergarment billowing in the wind uncontrollably, was fluked or was deliberate. Vášáryová portrays the hospitable Maryška, wife of the neurotic Francin, who manages the local brewery in a rural town. When Vášáryová is not involved in a nude scene, she is clad in early 20th century attire. Her outfits are painstakingly constructed to reflect the post-WWI trends and her décolletage is accentuated to emphasise the fact that she is an object of desire. 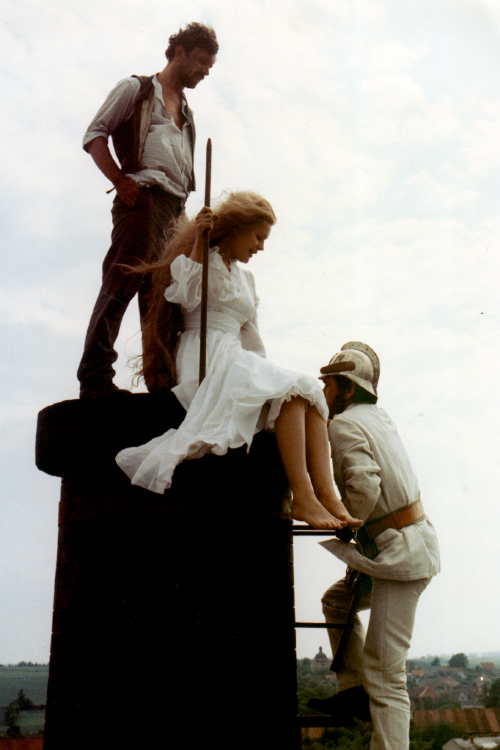 In any case, Pištěk’s wardrobe selections play a major role in Cutting it Short, just as they do in a market scene in Valmont (1989), where the designer has Meg Tilly’s character clad in a bright red taffeta cloak, which affectively accentuates her smitten disposition in that moment of the film. In the same way, Pištěk’s costumes for Václav Vorlíček’s Three Hazelnuts for Cinderella (Tři oříšky pro Popelku, 1973), particularly the colours and cuts, reflect the charming narrative. Pištěk dresses the evil stepmother and her daughters in hideous colour schemes that make Cinderella, in her domestic get-up – a simple brown dress and beige apron – appear stunning in comparison.

Regardless of Pištěk’s hesitance to identify as a film costume designer, his creations are iconic and contribute to cinema cultures and histories that remain popular to this day. From establishing himself as a visual artist in the former Czecholsovakia to his more celebrated career as costumier in the American film industry, Pištěk has never failed to impress audiences. The Venetian masks and baroque headpieces in Amadeus are as unforgettable as the medieval garb he put together for Marketa Lazarová – and Pištěk has the marriage of painting and costume design to thank for that!

Cutting it Short screens at CaSFFA on Sunday, 18 September at 5.15pm.

Marketa Lazarová screens at CaSFFA, in a co-presentation with the Melbourne Cinémathèque, on Wednesday, 21 September at 7.00pm.

Olivia Hărşan is the PR & Publicity Manager of CaSFFA. She is also an MA candidate at La Trobe University where she is writing a thesis on Hungarian filmmaker Béla Tarr. Olivia’s work on Eastern European cinema has been published across a variety of publications including Screen Education, Senses of Cinema and Screening the Past.