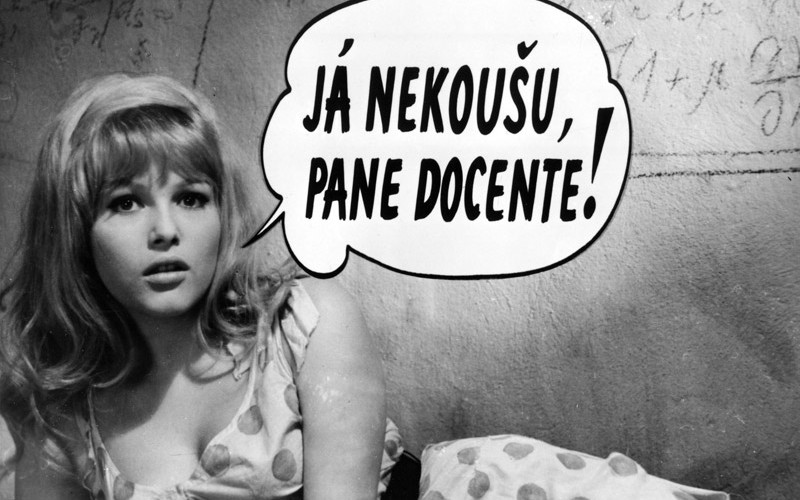 Comic books and cinema, reality and dreams. All collide as never before in this extraordinarily inventive, zany, CinemaScope sci-fi comedy from director Václav Vorlíček, featuring the distinctive comic artwork of Kája Saudek.

An engineer is astonished when Jessie (Czech sex symbol Olga Schoberová), the voluptuous heroine of a comic strip he’d been dreaming about, materialises next to him in bed one morning, a side-effect of his scientist wife drugging him with a serum she’d been testing on cattle. Moreover, Jessie’s not the only one to have escaped her fictitious cartoon frame confines; two supervillains (a cowboy and Superman!) are in pursuit, filling the screen with speech bubbles and running amok across a satirically bureaucratic 1960s Prague. Suffice it to say that hilarity ensues!

After the screening, join two of Melbourne’s pre-eminent visual storytellers, Shaun Tan and Bernard Caleo, for “Comics and Films: Same Difference?” – a lively panel discussion with CaSFFA Artistic Director Cerise Howard about the many points of intersection between comic books and films.