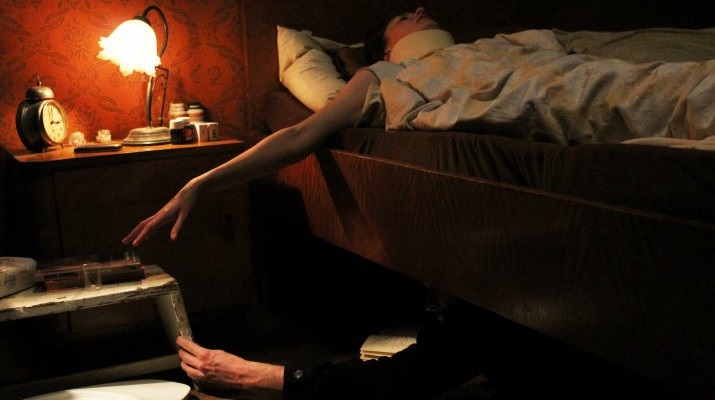 Tomáš (Noël Czuczor) holds down a peculiarly unglamorous job, but one well suited to his introverted and morbidly voyeuristic temperament: he’s on call to a funeral service to clean up the homes of the recently departed, wherein he often conceals himself to observe the mourning of their nearest and dearest. However, the day comes when he bears witness to something unsettling; he starts to fixate upon a particular household, leading him to break his personal code and make return visits, miring him deeper and deeper in an ethically murky and perhaps even dangerous situation.