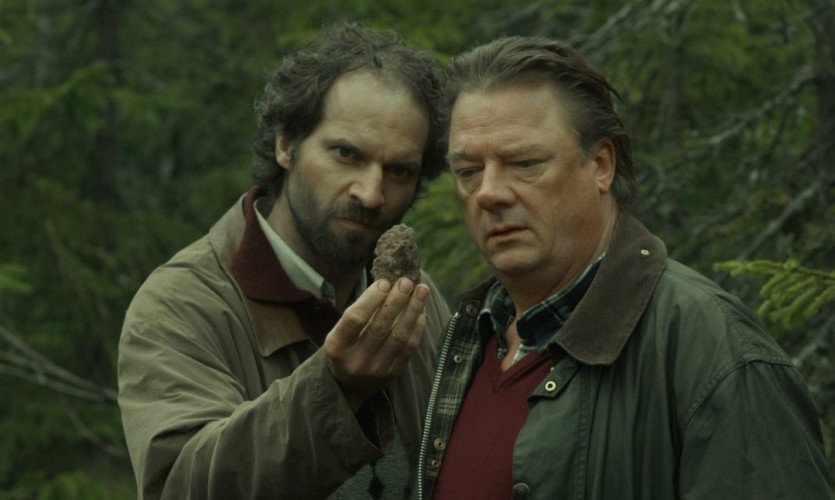 Some have called Schmitke, Štěpán Altrichter’s engimatic debut feature, “the Czech Twin Peaks“, though the deadpan comedy of Roy Andersson is also an apt touchstone. Based on a short story by Tomáš Končinský entitled “Julius Schmitke Slipped through Death’s Fingers Like an Awkward Seal”, it stars renowned German actor Peter Kurth as hangdog engineer Julius Schmitke, a relic from a bygone age, who is sent from Germany to the Czech side of the Ore Mountains in order to fix a persistently noisy wind turbine.

But the more he heads out into the eerie, misty woods to investigate the problem, the more disoriented Schmitke becomes, yet the more strangely familiar this environment seems. But what has become of his verbose colleague? And why can he never get a straight answer from the locals?